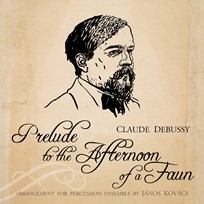 Night on the Bare Mountain

Pictures at an Exhibition

The Marriage of Figaro